Here’s a conversation I was in recently. It’s paraphrased and anonymized because I’m not here to name-n-shame.

Person1: Oh hey, $less_popular_project I work on was found to be one of the most secure!

Me: Nice! Good for them. /me boosts signal

Person2: Too bad no one uses $less_popular_project, lol

Me: Not cool. Don’t bag on other projects.

Had Person2 known Person1 I could’ve let it go as banter between friends, but Person2 didn’t. Person1 was a stranger to them.

I’d intended to leave it at that. I said my piece and pointed out bad behavior, but after thinking about it a bit, no. I’m not done yet. I’m sick of this crap and I’m going to plant my flag in the sand.

Person1 was excited that their project was receiving well deserved recognition for all of their hard work. Person2 used this as an opportunity for a cheap shot and hurtful language.

No matter what the intention (“It’s a joke, jeez.), hurtful language is still just that: hurtful.

There is absolutely no benefit to being mean here. This sort of micro-aggression is masquerading as humor but is amusing only to the teller, not to most of the hearers and certainly not to the target. 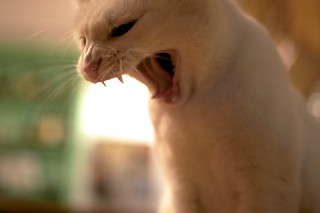 For many years now I’ve been (usually gently) calling people out when they try this sort of thing, but right now I’m going to be more direct about it:

Shaming people’s open source project or community, programming language, platform, editor, framework… This is what bullies do. It’s not funny. It’s not useful. It’s just childish and mean. Knock it the fuck off.

OK, maybe that was more than a little direct. Whatever. I’m tired of third-rate bullies hiding their attacks behind “it’s a joke, jeez.”

I will be firm, polite, and respectful when I do it, but make no mistake that I will call you on your shit and at absolutely no point will I “lighten up.”

At this point someone will chime in with “Yes, see Aurynn’s post, too!” so let me just beat you to that: The very good Contempt Culture by Aurynn Shaw