Article originally published in the March 2018 issue of Linux Journal 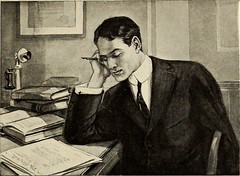 A few weeks ago I ran into a neighbor, whom I’ll call Leo, while he was out taking his dogs to the park. Leo stopped me to ask about some software he’s developing.

“Yeah, that’s my freelance business. Do you need some help with something?”

“Well,” he said, “I’m getting ready to release my software and it’s time to start thinking about a license. Which open source license should I use if I want people to know it’s OK to use my software but if they make money from it they have to pay me?”

I blinked, stared at Leo for a moment, then answered, “None of them. No open source licenses allow for that.”

“No, you see,” he continued, “this guy told me that there must be plenty of licenses that will let me do this with my software.”

Leo did not seem pleased with this answer. “So what you’re saying,” he fretted, “is that I can’t release my software at all!”

“No, no!” I assured him, “You definitely can release and distribute your software. You’ll just have to get an intellectual property lawyer to help you write the proprietary license you want, and maybe to help you release it under a dual license (one open source and one proprietary).”

He nodded (not altogether happily), and headed off to the park with his now very impatient dogs. I continued my walk, pondering what I’d just experienced.

The thing is, Leo was not the first person I’ve spoken to who assumed that software had to be released under an open source license. I’ve had multiple conversations with different people, all of whom had mentally equated “software license” with “open source license.”

It’s easy to understand why. Of all software pursuits, only free and open source software is defined purely in terms of its licenses. Without that license, a piece of software cannot be either free or open. This leads to a greater focus on licensing than for other types of software, which then itself gains a lot of mindshare. The larger intellectual property concept of “licensing” becomes so closely associated with “open source,” and is often the only context in which someone hears of licensing, that people understandably start to assume that all licenses must therefore be open source.

That, as we all probably already know, is not the case. The only licenses that can be called “open source” are those that are reviewed and approved as such by the Open Source Initiative (aka OSI). Its list of OSI-Approved licenses allows developers to choose and apply a license without having to hire a lawyer. It also means that companies no longer need to have their own lawyers review every single license in every piece of software they use. Can you imagine how expensive it would be if every company needed to do this? Aside from the legal costs, the duplication of effort alone would lead to millions of dollars in lost productivity. While the OSI’s other outreach and advocacy efforts are important, there’s no doubt that their license approval process is a service that provides an outsized amount of value for developers and companies alike.

OSI approves or rejects licenses as qualifying as “open source” by comparing them to the Open Source Definition. A license must not violate any of the sections of the definition in order to be added to the list of approved (and therefore open source) licenses. Aside from the, “you can’t prevent people from making money from it” precept mentioned above, other requirements contained in the Open Source Definition include non-descrimination (you may not prevent certain people or groups from using your software), that the license be technology neutral, and of course the requirements of the Four Freedoms as originally defined by the Free Software Foundation. If you haven’t read the Open Source Definition before (or not for many years), I encourage you to do it again now. It’s an important and powerful work that is the foundation for much of how many of us spend our days.

It’s worth stressing again that no license can be called an “open source” license if it does not adhere to the Open Source Definition. Full stop. No exceptions. It’s illogical to think that something that doesn’t meet the official definition of open source could ever legitimately be called open source. Yet people try it every day mostly because they, like Leo, don’t know any better. Thankfully, there’s an easy way to fix this. It’s called Education.

Basically, you only have to choose from two different types of licenses:

To be clear here: There is nothing wrong with using a proprietary license for the software that keeps the lights on at your company (figuratively speaking). While I, personally, would prefer everything be free and open, I also prefer that companies remain solvent. To do that, it’s usually necessary for some software to remain proprietary, if only for a while. It’s bordering on business malpractice to release the “secret sauce” of your company’s product offering without a business model that will allow the company to remain or become profitable. Once your company has established itself and is secure in its market, only then should it consider releasing its mission-critical software under an open source license (and I do hope it does do so).

Companies like Amazon and Google can release critical infrastructure as open source because they no longer really compete on product, they compete by having scaled to a point that no newcomer to their product spaces could possibly replicate. If tomorrow Amazon were to release the software for S3 under the GPLv3, it’s unlikely it would at all impact their profitability. The number of companies that could take this code and spin up and scale their own product offering with it and do so in a way that could compete with Amazon’s existing dominance and scale? Vanishingly small, and those that could do it are unlikely to be interested in doing such a thing anyway (or already have their own solutions).

With open source as with all technical and business decisions: Do not do something simply because the big players do it. Unless your company has the advantages of scale of an Amazon or a Google, please be very careful about open sourcing the technology that pays the bills. Instead, hire a good intellectual property lawyer and have them write you a proprietary license for the critical software that you distribute.