Article originally published in the June 2018 issue of Linux Journal 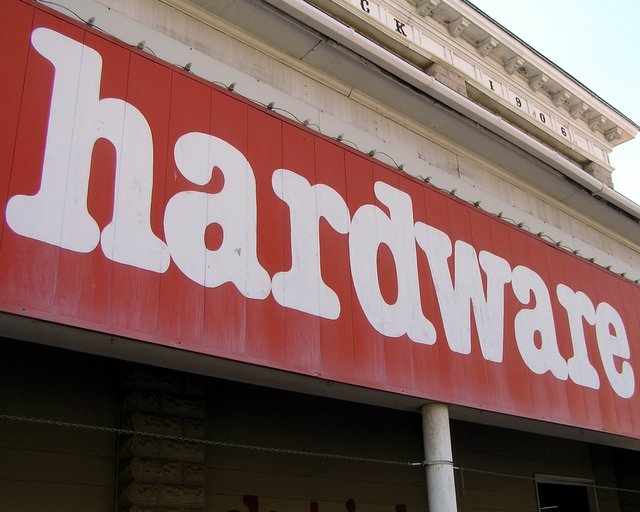 I don’t know how to put this, but Hardware is kind of a Big Deal, and thanks to the Internet of Things (aka IoT), it’s getting bigger every year. The analyst firm IDC expects spending on IoT to reach nearly $800 billion USD by the end of 2018. A study by Intel shows that by 2025 the global worth of IoT technology might be as high as over $6 trillion USD, whereas Forbes reports that the global market could be nearly $9 trillion USD in 2020.

These statistics are based on the traditional model of closed design and development of the chips, boards, and objects that will make these devices a reality. However, what if hardware developers were to learn from and leverage the popularity of free and open source software (aka FOSS)? What if the future of IoT were Open? It’s my belief that the device developers who apply the lessons of FOSS to hardware development will be those best positioned to become the powerhouses of that $9 trillion market. Similarly to software, open hardware will be seen first as a differentiator (rather than an eccentricity) and later, as the industry matures, as the default operating mode for hardware development.

Open hardware will require a lot of evolution before it becomes the default development paradigm for IoT. The current state of open hardware closely resembles that of free software thirty years ago: it exists, but in a nebulous form. While organisations such as the Open Source Hardware Association and the Open Hardware Repository are working to change this, the fact remains that there currently are few clear legal, social, or procedural norms around open hardware development. There is no hardware equivalent of the Open Source Initiative‘s list of approved licenses, or agreement on whether a license is even needed at all. The diversity of tools required for hardware design makes collaboration and interoperability more difficult. These legal and procedural questions contribute to a very high barrier to entry for releasing designs as open hardware. That barrier isn’t insurmountable, however. Already advancements in 3D printing as well as emulation and virtualisation through digital twins are enabling types of collaboration that were impossible just a few short years ago. As these methods continue to adapt, the resulting emergent and open processes and norms will drive further and faster innovations.

The openness of hardware will also be hampered for a while by the limitations imposed by chip makers. For instance, the n Mark I voice assistant speaker is certified as open hardware, but includes components built upon proprietary chipsets and boards. Joshua Montgomery, CEO of Mycroft, sees this as a valuable stepping stone toward an entirely open hardware platform. “For now, a lot of open hardware is like LEGO™: while the bricks themselves aren’t open, the designs built with them can be.” This stepping stone has enabled Mycroft to iterate on the Mark I, which incorporates off-the-shelf hardware like Raspberry Pi and Arduino, to create the Mark II, which features a board custom- and openly-designed for security, privacy, and flexibility.

Chip makers are starting to catch on to the advantages of open, however. SiFive has released an entirely open RISC-V development board. Its campaign on the Crowd Supply crowd funding website very quickly raised over $140000 USD. The board itself is hailed as a game-changer in the world of hardware. Developments like these will ensure that it won’t be long before the hardware equivalent of those LEGO™ bricks will soon be as open as the designs built using them.

In the March 2018 issue of Linux Journal I encouraged companies to wait until they’re secure and established in their market before releasing mission-critical software as open source. The reason here is, of course, that it’s quite simple for someone else to take that software, spin up a new cloud instance, and create a company that competes in your market. There are very good business reasons for a company retaining its software intellectual property until the company has locked in its market.

However, that’s not currently the case for hardware. The complexities involved with manufacturing are far more daunting than those around launching a new software firm. The knowledge, regulations, testing, and tooling involved with bringing new hardware to market create a massive—and massively protective—barrier that’s compounded by those undefined legal, social, and procedural norms I mentioned earlier. This provides open hardware startups the freedom to share their designs after (or even before) product launch while still retaining prime mover advantage, simply because no other company would be able to spin up the tooling required quickly enough to impact the sales and market of that prime mover. Once a piece of open hardware is released to customers, the company creating it is already so far ahead of any others that would use its designs that there is little danger of market loss or competition. According to Josh Lifton, CEO of Crowd Supply, even after helping hundreds of creators launch their open hardware products on the platform, “…we have never gotten any report of an idea from a Crowd Supply project getting stolen.”

While open hardware does not share free and open source software’s business risks for releasing of intellectual property, it does share its difficulties in attracting contributors and building a community. While both open endeavours represent the field of dreams for creators, it remains true that if you build it, they will not necessarily come. This is especially true for open hardware where people are not only less used to the idea of contributing, they’re also often less prepared to do so. Aside from the specialised tooling required to read, manipulate, and understand hardware design files, there’s the additional problem of a knowledge gap. Relatively speaking, far more people are equipped with the knowledge and resources necessary to contribute to FOSS projects. When source files are distributed for a free and open source software project, many people already know what to do with them. When source files are distributed for an open hardware project, comparatively few people will have the electrical engineering, industrial design, stress analysis, or other related experience (let alone the very expensive tools required) to contribute effectively. While this naturally leads to considerably fewer contributions to and collaborators on an open hardware project, it also means that those collaborators are more likely to be qualified and their contributions of a higher quality.

Hope of contributions should not be the primary reason for releasing hardware designs under an open license. As Kaia Dekker, CEO of Keyboardio points out, building a business while relying on volunteers for contributions “really isn’t something that necessarily works out.” This is a consideration that’s overlooked by a lot of the new breed of “open first” software businesses springing up these days, but that the sparse contributions make impossible to ignore for open hardware.

Despite this, open hardware still allows companies to reduce the time and expense required for research and development. For instance, Dekker says, developing the Keyboardio Model 01 would not have been practical without the open platform of Arduino or the vibrant community around it. Open hardware components are similar to libraries or modules for software: they allow an organisation to add functionality without having to develop it themselves. Entirely new products, such as the Keyboardio Model 01 or the Mycroft Mark I can come to market thanks to what are essentially off-the-shelf open hardware components.

Joshua Montgomery of Mycroft AI points out that as important as the R&D benefits were to their company when they were getting started, they’re finding that opening the new design of the Mark II is also opening possibilities that they’d not have seen had they kept their hardware proprietary. Through careful design of the Mark II board, Mycroft has created a new off-the-shelf component that partners and other businesses can use, in combination with the open source Mycroft Artificial Intelligence platform, to add a voice assistant feature to their own devices. This increases adoption of the AI platform software along with the contributions and collaborators on it.

By designing their hardware to work in many different contexts then releasing it as an open solution, Mycroft also has gained the benefit of economy of scale for themselves as well as for all companies using the open component. When all companies order the component from the same manufacturer, the subsequent “run” of the part becomes cheaper for every company that uses it. This open supply chain also reduces risk for all participants. Should a supplier fail or withdraw from manufacturing a component, with open hardware it’s possible to spin up tooling in another location. With proprietary hardware, it’s possible if not likely that companies reliant upon that component will need to redesign their products when a component is no longer available. Naturally this type of economy of scale will depend a lot upon the market and company strategy, but the Mycroft example, even in these early days of open hardware, proves that the open approach can provide innovation opportunities and benefits to innumerable companies and entrepreneurs.

According to Kaia Dekker, none of these benefits would be possible without the communities that form around open hardware projects. “It opens doors to us that would be closed otherwise.” Keyboardio has found unexpected success in recruiting firmware development and other talent from their community. That same community can develop after-market accessories for the Model 01, adding, if they wish, features such as wireless capability thanks to the open hardware at the core of the device. This ecosystem of accessories as well as the supportive community has strengthened the Keyboardio brand as their community members have become their most passionate and outspoken advocates. Keyboardio has found that the transparency has increased their perceived reliability in the eyes of their target market, which itself increases the market’s trust in them. Josh Lifton agrees and says that many Crowd Supply creators have seen similar results. “A lot of these people are early adopters and innovators. This type of person usually has a strong community-minded ideology.”

The transparency of open hardware does more than build trust in its communities. It also builds trust in the entire customer base. According to Joshua Montgomery of Mycroft, the “radical transparency” of the Mark I and Mark II devices help to support their reputation for privacy and security. Increasingly, this sort of reputation can have a huge impact on companies looking to enter certain markets. Open hardware ensures that there is never a black box. Consumers, regulators, and security auditors all have equal access to the designs of the devices. In an environment where customers are more privacy aware than ever, this type of transparency can be a powerful differentiator for products.

In 1997 Clayton Christensen detailed the dangers of ignoring the new paradigms in business in The Innovator’s Dilemma. Hardware and IoT creators today are at risk of stumbling straight into that dilemma if they don’t embrace the type of innovation and collaboration that free and open source software has proved is possible. While the ecosystem and contribution norms are still taking shape around open hardware, it’s clear from the benefits listed above that the current environment provides enormous opportunities for companies willing and able to work with and mold that ecosystem. The companies that recognise this now are those that will lead the way for several decades to come.