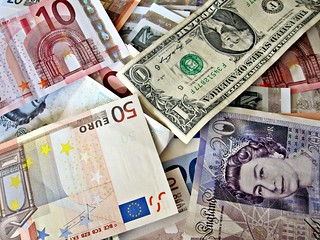 Folks frequently ask me for career advice, particularly when they’re starting a job hunt. In that situation, almost all of them ask the same general question: “How do I know what I’m worth?”

Setting aside the uncomfortable implication that a human being has an intrinsic monetary value (we are all priceless), the truth of the matter is that the word “worth” is incomplete without the context of “to whom/what.” Where a job hunt is concerned, the “to whom” is the prospective employer, not you.

The prospective employer, on the other hand, must determine the value it believes you will provide to the organization and how much it is willing to pay for that value. This is typically a range and is the “worth” in question here. While you may be able to influence this number, you have no control over it. Your power at this point lies solely in deciding whether or not you wish to accept the worth defined by the company, not in defining that worth itself.

This distinction of who gets to define worth is very important (as are your definitions of your personal need, want, accept numbers), but I acknowledge that the entire point is well-actuallying pedanticism. I used the question of “what am I worth?” as a springboard to discuss the above points rather than focusing on the real question being asked here: “What sort of pay should I expect for this role?” That’s a horse of a different color entirely.

While you cannot control what the company offers you, it is entirely possible to get some sense of what you might be able to expect as far as pay. Note: This is a sense of what to expect. It is not going to be an accurate number but it may be somewhere in the ballpark. The reason for that is that the same role will pay completely differently based upon variables such as industry, geography, size of company, whether it’s a non-profit, whether it’s a government agency… For instance, a project manager can probably expect to be offered more for a role at a large and successful startup in Silicon Valley than at a government research lab in Tennessee.

What follows are a list of resources you can use to research what a role may potentially pay, but treat the data as suggestions rather than gospel. It’s best to check all of the resources and compare the data you receive, as it often will differ between resources. Also, these resources are good for US-based positions. I currently do not have resources for jobs based outside the US. If you know of any, please leave them in the comments.