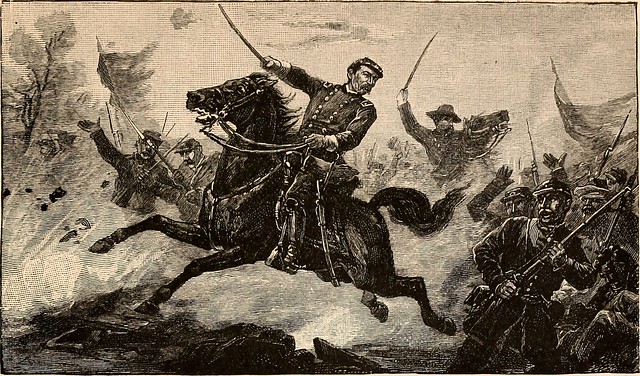 I recently received a question from Christine Cardoza, journalist at SD Times:

I am writing a story on all the controversy in the industry going on with the Common Clause license. I know it is not an OSI approved license, but I was wondering if you had a statement you could provide on this. Some of the sources I have talked to say they do believe this still promotes open source and that the OSI needs to change some of its rules, so I would really love to include OSI’s take on this if possible.

Her article will be out soon, but she gave me permission to publish my response now:

Hi, Christine. I believe there were plans for OSI to make an official statement on this kerfuffle, but I don’t know where that is in the process. What follows is my professional opinion as an open source strategy and policy consultant for businesses and should not be construed as an official OSI statement.

First of all, terminology: Commons Clause is not a license. It’s a clause that can be applied to licenses. Specifically, it’s intended to be applied to OSI-approved licenses. By restricting people from making money from a project where it is applied, the Commons Clause directly violates Item 6 in the Open Source Definition. As the Open Source Definition is no longer applicable to those projects, they—quite literally by definition—are no longer open source. At best they can be called “source available.”

The Commons Clause FAQ states that “[t]he Commons Clause was intended, in practice, to have virtually no effect other than force a negotiation with those who take predatory commercial advantage of open source development,” however at no point have I seen a statement from either the Commons Clause creators nor any project(s) applying it that they attempted other approaches to encourage collaboration from those they see to be taking “predatory commercial advantage” of their projects. For instance, Redis recently applied the Clause to a few of their modules due to “…today’s cloud providers…taking advantage of successful open source projects and repackaging them into competitive, proprietary service offerings.” Their statement on the change does not say, “We approached the cloud providers and asked them to collaborate, but they refused,” or even “We approached the cloud providers and asked why they do not collaborate and how we can improve this experience for them.” From the outside looking in, it does not appear as though Redis tried to encourage collaboration before throwing a tantrum and relicensing to this proprietary license. That’s not how to be a good free and open source citizen.

As far as that is concerned, their stated reason (“taking advantage of open source projects”) does not square with their actions, as instead of relicensing the project (Redis) that is being taken advantage of it relicensed a few modules instead. While this could be seen as them testing the waters prior to a large relicensing of the main project, the core developer has stated that this will never happen. Therefore it does not seem as though the relicensing will gain Redis much beyond some major damage to their reputation. It feels as though they—an open core company—looked at that open core, decided it was a little too large and they could be a stronger business by shrinking it by a few modules. That’s a completely valid business decision which I would not fault, but it’s not the stated reason for the relicensing. The entire situation is quite perplexing.

And then there’s the Commons Clause itself. Heather Meeker helped to write it. She’s no fool and is a very accomplished and well-respected intellectual property lawyer who has a career of experience working with free and open source licenses. Despite this skilled help, the Commons Clause team came up with a restriction against selling that is so broadly stated that it puts an impressive number of people at risk of license violation should they come into professional contact with any project that is under a license tainted by the Commons Clause:

“…practicing any or all of the rights granted to you under the License to provide to third parties, for a fee or other consideration (including without limitation fees for hosting or consulting/ support services related to the Software), a product or service whose value derives, entirely or substantially, from the functionality of the Software…”

According to this restriction, I as a freelancer would violate the license if I helped a client who used Redis and happened to use one of these modules with the tainted proprietary license. I would probably be held liable even if I were unaware of the use of those modules. I’m far from the only freelancer who looked on the Commons Clause with horror. For instance, Jim Salter, a freelance system administrator, network specialist, and author, says he now feels he can’t work on any project that involves Redis lest he put himself at risk. He’s only one of many freelancers I’ve heard express these thoughts and state outright that they will not work on projects involving Redis. They simply can’t afford to lose their livelihoods due to a legally vague license.

As to the question that open source needs to change, I’ll simply direct you to my blog post on the subject and summarise it as: Open source does not need to change; people simply need to learn how to do business. Stop using open source and expecting it to do the hard work of creating a successful business. It’s a tool, and it’s a great one, but it’s only a tool.